I have been brought up with Flatcoated retrievers since a young child, and they are now a passion and a hobby which I share with my Mother Val Jones. Our affix is Braemist and my mother’s foundation bitch started with Shargleam Black Orchid the sister to the great CH Shargleam Blackcap.
My first dog was very special-SH CH Braemist Fire Falcon and I was extremely lucky to have him in the first place. My mother has always kept the bitches and has bred a number of champions both in the UK and abroad and now has just one companion.
I currently own four dogs of which one is SH CH Blacktoft American Smooth at Braemist JW and two youngsters all of which are currently being shown.
I have been judging since 1993 and have been privileged to have judged the FCRS Championship show twice, along with many other shows at Championship show level. I am also involved in the preparation and delivery of the breed specific seminars for the Flatcoated Retriever Society.
I have judged in a number of European countries and Canada and also scribed for my mother when she has judged abroad. 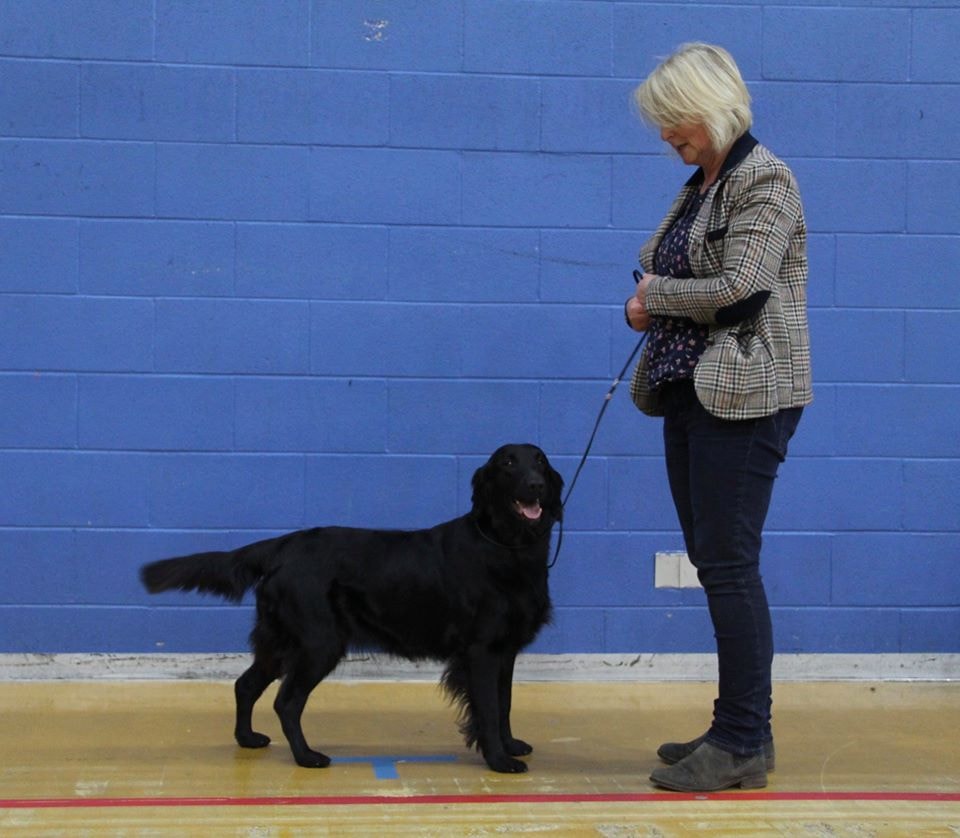